Currently winless against Cincinnati in the state of Maryland.

Just confirms how shitty Maryland is.

For a multitude of reasons, this was the only song we could go with.

Well, we put together a decent enough game to once again remind the hoos that we run this state.

Was it pretty? Not at all.

But 11 years in a row is freaking awesome.

We think Cincinnati is in a conference call the AAAAACA, but we really don’t know. Did they win their conference? Wouldn’t surprise us if the conference champ won a trip to the Military Bowl.

This game feels more important than other crappy bowls we’ve been to in the past.

With the bowl so close to DC, we should own the crowd. And it would be nice to get a decent bowl win. It’s been 5 years since we beat Tennessee in Atlanta. We don’t count our 3 point overtime win against freaking Rutgers in which our defense out scored our offense.

And even in our bowl game, we play pretty much the closest you can get to a noon game. But at least we’re not playing at 2pm on a workday like WVU. Even Oliver Luck said he can’t tune into the game.

1) Pretty sure Kenyon “KMart” Martin went here (note: I realize I’m supposed to fact check this shit, but nobody is gonna say otherwise)

2) Doesn’t he have a pair of lips as a tattoo?
3) The Bearcat mascot was actually arrested in a 2010 game. FOR THROWING F*CKING SNOWBALLS.
4) Gunner Kiel is a douche. But I digress. Is he still their QB? Shit. FACTS, bdubs, FACTS.
5) Did you know there’s a book called Tales from the Cincinnati Bearcats Locker Room? When do you think they’ll release one about what goes on in Penn State’s locker room? (Too soon?)
OK seriously. Real facts.
1) Bud got a raise. He deserves it.
2) Loeffler is still our OC. F*CK.
3) Cincy’s lowest point total this year was 14. Our was 3. IN DOUBLE F*CKING OT.
4) Their highest point total was 58. 58!!!!!!!! When’s the last time VT even scored 50? 40? Bueller?
5) This mother f*cking picture captures our entire season: 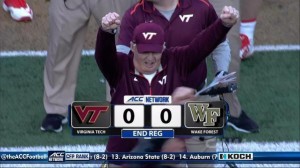 Alright back to “acceptable” facts:
6) Alcohol is amazing. We will all be drinking it Saturday. It’s the Hokie way.
7) Logan Thomas is probably going to start this weekend for the Cardinals. Yikes.
8) We just beat VMI in basketball!
9) Our wrestling team is pretty f*cking awesome
10) This has been the longest set of facts I’ve ever produced. SORRY I’M NOT SORRY, BITCHES.
Go Hokies!

-They mention our game in Fedex against Cincy that we’ve all repressed.

-They talk about the Big 12 taking the Bearcats

-A Christmas song is heard

Last time we predicted was the UVA GREATEST GAME OF ALL TIME.

Wright won with his 23-21 prediction, which was pretty damn close. 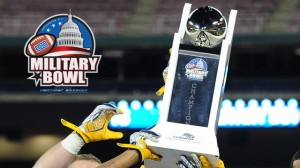 It looks like they just put a football on a block of wood. Someone in the design department probably threw that shit together in a day.

On to the predictions!

D_w: Bearcats have started to hibernate already, or they are taking a catnap, not really sure which.. but it leads to a hokie victory 34 – 24.

The Northerner: How’s this for a prediction? Hokies STOMP Cincy because this is a game that means absolutely nothing, so of course things will click as they should have all season. Frank will have him a game to point to other than Ohio State to say “Look, we’re not completely awful, we just are mostly awful”. Hokies win 34-10, having this game in hand at the start of the fourth. The season is over, finally, and no changes are made in the coaching staff during the off-season, because we don’t learn from mistakes.

CMU Football Analyst: Not sure how many Hokie fans will show up to a game in Annapolis in December but whatever. Final score 24 – 10.

Maniak: We sold out our allotment within a week. we will win but it won’t be pretty … 14-13

Token Girl: I’m glad this is the final prediction of the year….31-24 Hokies!

Poppa Gally: The Hokies will storm into Annapolis like Commodore Perry fought back the Canadians on Lake Erie(Navy Reference)!! Hokies 21 – Little Bengals 10

C Gally: I’m with G-Way and The Northerner. We absolutely smoke these guys as we open up the play book and go for broke. Frank then announces his retirement because he’s smarter than Bobby Bowden and Joe Paterno. 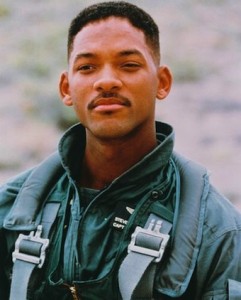