If you’re looking for someone to say something completely unrealistic about this team, go read some of our coaches’ post game comments.

Anyone that went to that game knows what we mean.

At least we didn’t get shut out!!

The above line was the exact way we started this section last week.

We thought that a horrible loss to a horrible Pittsburgh team was the low point of our craptastic season.

Holy shit balls were we wrong.

What we witnessed on Thursday was an absolute embarrassment. Every Hokie possession, we just prayed we could get to 4th down and get a punt off. We looked like a lost high school team out there.

And it represents everything we’ve been warning about for the past 5 years: accept the status quo and you will lose.

We’d go on a more “I told you so” rant, but we stated our argument so many times in the years leading up to this that we’re just too tired.

Sure, this was the low point. But we’ve been irrelevant in the college football world for some time now.

Want proof? The absolute worst pants-ing of our team on our home field showed up exactly no where on the ESPN.com front page.

Well, Hokie fans cared. Hokie fans drove from hours away. Took vacation days. Spent hundreds of dollars to attend that game on Thursday. If the administration expects that to keep happening when you put this product on the field, they are bat shit insane.

Yes, we’re all Hokies. We’re all proud to be Hokies. And just because you don’t want to spend your hard earned money watching that doesn’t make you any less of a Hokie.

The “Fire Beamer” argument is irrelevant. He’s not getting fired. His contract means absolutely nothing. It might as well say he’s signed through 2050.

But we’re willing to bet that this team doesn’t return to the precious 10-win seasons everyone valued so much.

No one gives a f*ck about BC, so we’re going to use this section to talk about being “spoiled”.

The classic argument when we start complaining about our favorite team playing like absolute dog shit is that we’re just spoiled by those 10 win seasons we were used to.

But what no one seems to bring up with this argument is “wasted potential”.

Conference championships are great. They are fantastic, and we’re all appreciative of how hard it is to do.

But is it all that wrong to ask for more? Is it wrong to want continual improvement, especially when you’re this close to making the jump to become a top team?

Instead, what we got was acceptance. “This is good enough.” Complacency.

Tyrod Taylor started at Virginia Tech in 2007. We didn’t recruit another quarterback until 2014 (if you can consider Brewer a quarterback). At what major program is this acceptable??

In the end, it’s just like Big Tom Callahan said in Tommy Boy:

You’re either growing or you’re dying. There ain’t no third direction.

We didn’t grow. And now we are dying.

The Game We feel bad for anyone that spent money on tickets to this game. High of 45° with an 80% chance of rain. Tickets will be given away with 10 gallons of gas at the Sheetz in Christiansburg.

B-Dubs’ Factual Corner Each week, B-Dubs performs some level of research (because someone around here has to) and provides analysis that has been described by sky-writing experts as, “Acceptable.”

Fact: I actually had to look up the lowest number of yards put up in the first half by a college football team after our performance against Miami.

Response: Surprisingly, we weren’t anywhere close to the record (which is like -100), but I’ve never done that before…EVER. Even with Stiney was running the offense! 36 f*cking yards!!!

Fact: We are f*cking last in the COASTAL Division.

Response: LAST!!! In the WORST division in the WORST power five conference in football. Fact: In the past two games, we’ve been out rushed 576-146. Response: Wow. What in the hell has happened to VT football?

Fact: We never got beyond our OWN 24 yard line until Leal came in and drove us down for a TD in the last two minutes.

Fact: The BC Student Health Center gives out free condoms.

Response: Is that a thing now? Am I missing something?

Fact: BC football has been really bad since Matt Ryan pulled magic out of his ass…

Response: In that game that shall not be mentioned

Fact: VT football is quite the embarrassment right now. We’re in danger of not making a bowl this year!

Response: We need a win in the worst kind of way. Make it happen, Hokies.

Drinking Rule of the Game In addition to our official drinking game rules, we’ll add a few game-specific rules each week. Drink every time… That’s it. Just drink every time. You’ll need it.

If football doesn’t work out, at least you can have a cereal named after you! 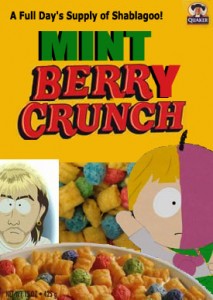 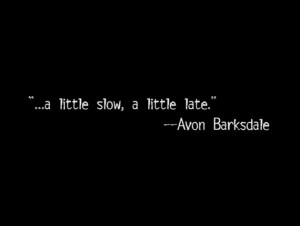 Once again, no one gets a prize. Our prize was that eventually, mercifully, that game ended. This week’s bonus prediction: Guess the attendance!

DiP: There will be more people at TOTS and Hokie House the night before than at the game satruday.  Frank Beamer will come to the game dressed up as a competent coach from the late 90s but still will have no clue how to coach in 2014.   BC wins 24-13.

D_w: Must.. fight.. urge.. to.. rant… hokies win, somehow, after Brewer leaves the game and Leal comes in.. don’t ask me how that works because Leal usually throws up on the field.. Hokies win 17 – 14. Bonus prediction, stadium has about 6,000 people in it, including all the employees and players. Because The Northerner set the standard… Bonus-Bonus prediction i’ve stopped watching the game shortly after half time and focused on playing beer pong outside in the cold like i’m tailgating in blacksburg. bonus-bonus-bonus prediction BDubs doesn’t dress as Kate Middleton for halloween, he dresses like Wonder-Woman

The Northerner: Well it’s a home game against a crappy opponent that in all likelihood we should destroy. But we suck. And by suck, I mean Kim Kardashian could take a friggin’ lesson from Beamer and the boys. Seriously, I don’t know what I hate more at the moment: my fantasy football team; the nasal, punch-me-in-the-face drawl emanating from Phil Simms slop hole every Sunday; or the Virginia Tech football team. Let’s call it a three-way tie. I’m getting very close to breaking my rule of picking against Tech, and playing BC helps me keep it going a little longer, but if this goes sour, they’ll leave me no choice. Hokies struggle mightily, winning this one late 9-6. For the bonus prediction: the stadium is full at the beginning, and goes to half-full by the end of the first quarter. Bonus-bonus prediction: My television is off by halftime. Bonus-bonus-bonus prediction: BDubs dresses up as Kate Middleton for Halloween.

Wright: Unfortunately sitting through this mess on Saturday. Supposed to be rain and snow, which means more running of the football, which BC does well and we do not. Somehow we get an early Christmas miracle and win 16-13. Beamer continues to find positives to outweigh all the crap.

Hokie Ambassador to Lebanon: Mother f^$%@*&=#/% cock&% $@#*! I haven’t gotten to watch a regular season Tech game I didn’t already know the final score of since 2012 and this team is still frustrating the shit out of me from about 8000 miles away. I have never picked against the Hokies, and don’t plan on starting now, but my God do I hate loving this team.

Hokies win 9-5, more people will be playing beer pong in the parking lot than see the opening kickoff, and Bdubs goes out in head-to-toe black spandex and tells everyone he’s Catwoman.

CMU Football Analyst: In the last 6 games against BC, Tech has won 5. Tech gets revenge from last year’s loss and starts a new streak, 24-17.

G Way: I don’t know. Anger, rage, etc. Hokies piss us off and pull it out in the last 30 seconds 12-9 in a horribly ugly battle of field goals.

C Gally: Why do I think the Hokies will still win? Because f*ck Matt Ryan. 10-7 Hokies

We need super human strength to get back to our winning ways. 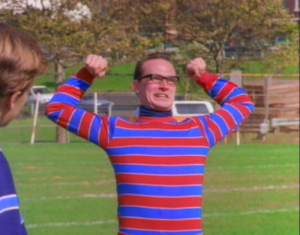