Of course we did.

Stuff, after the jump.

We couldn’t find a song that just said “Are you f*cking kidding me?” over and over and over. So this was our next best option.

Between about 3:30 pm on Saturday and right now, we’ve been able to calm down a little bit.

Only a little though, because holy f*ck that was awful.

In our last 5 games at Lane Stadium, we have ONE win. Against William & Mary. No matter how you slice it, that is f*cking pathetic.

Just… holy shit dude. Those weren’t just your normal, run-of-the-mill interceptions. These were “what the f*ck are you thinking?” kind of interceptions.

It’s like Brewer watched tape of Logan Thomas and said “This guy thinks he can throw picks? I’ll f*cking show him how to throw picks.”

And hot holy f*ck, WHY ARE WE THROWING THE BALL ON FIRST DOWN WITH 2 MINUTES LEFT WHEN WE’RE TIED?!?!

The sad thing is, we can’t even get that angry about it. Because does it matter? Hell no. We still would have found a way to lose that game.

Does Bud Foster even teach anyone on defense about the option this year? The number of times a defender at the line of scrimmage fell for a fake (which Georgia Tech does ALL THE TIME) was only matched by the number of beers we needed to get us through that atrocity.

The coaches have absolutely no clue right now. We have had SEVEN illegal substitution penalties. SEVEN!!! That is insane. We were ranked at one point! How f*cking bad is Ohio State to lose to a team that is so undisciplined, there are only three teams in the country with more penalties?

Do we hate to love this team? Absolutely. Will we be there Saturday watching like always? Of course.

Good news drunkies, you can get a full 30 extra minutes of drinking in before you have to watch what is likely to be a super frustrating game.

By the way, we are no longer relevant whatsoever on the college football scene. This is the recap we received from ESPN last week:

Hope you enjoyed the 12 seconds it took to read that. 153 words, including all those numbers and dashes for the records.

Each week, B-Dubs performs some level of research (because someone around here has to) and provides analysis that has been described by sky-writing experts as, “Acceptable.” This week, he gets bumped up a spot due to additional effort when he should have been paying attention in class.

Fact: While Greg Jennings was at Western Michigan (yes, he went there), he actually joined a random intramural flag football team. Insane, right? They had some random quarterback just launch the ball down field as far as he could. Touchdown. EVERY F*CKING TIME.
Response: Stay classy, Greg. But seriously, how awesome is that? To have Greg Jennings join your intramural flag football team. Now that’s a sweet college story.

Fact: Their stadium name is Waldo Stadium. Commonly referred to as…? You guessed it. Where’s Waldo Stadium.
Response: Students rarely attend games. If they did, it was the best 3+ hour nap they’ve ever experienced. Because why? Yes, it’s MAC football. Woohoo!!!

Fact: Speaking of their stadium, on the football team’s schedule, they list the address for their stadium. You know, just in case.
Response: They do it for every game!! For example:

So just in case I wanna make a random road trip, I feel more assured now that their address is posted for me. Brings new meaning and a definitive answer to the question, “Where’s Waldo?” 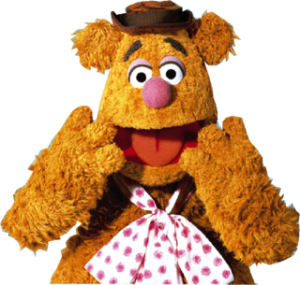 Fact: Sweet. In an effort to promote attendance, WMU is hosting its second annual GALAmaZOO!
Response: For just $20 (no that is NOT a typo) you get a ticket to the game, admission to the tailgate buffet, and celebration before the game! But beware, only 20 packages are available and are going fast! According to their Facebook page, they already have one confirmed guest. Get ’em while they’re hot!

Fact: Their school colors? Barf. Just disgusting. I dare you to go take a look.
Response: I feel like if I was surrounded by their school colors it would be like walking on a giant, dirty penny from 1896. Just nothing but copper and black. I hope the school does regularly scheduled psychiatric exams of its students because that has to be depressing.

Fact: Tim Allen’s grunts. Yeah, he and his grunts went there.
Response: I am pretty sure I hate that grunting sound more than I hate Tim Allen himself. I heard he did a lot of coke while he attended WMU…but hey, that’s just a rumor.

Fact: WMU is in Kalamazoo. Yes that’s right. Kalamotherf*ckingzoo.
Response: People get murdered there on a monthly basis. There are apparently at least 5 colleges/universities there. How is that even possible? Every day must be a madhouse.

Fact: Kyle Fuller is now the highest rated rookie in Madden 15!!
Response: I just thought I’d throw this sweet tidbit in here. For real, though, he’s a boss and just keeps making plays.

In addition to our official drinking game rules, we’ll add a few game-specific rules each week. Next week, we’ll be updating the official drinking rules to be more relevant to this season. Feel free to drop your suggestions in the comments, and make sure they will cause us to drink at least a dozen times a game.

We didn’t realize we were playing the heir to the Pringle’s fortune!! 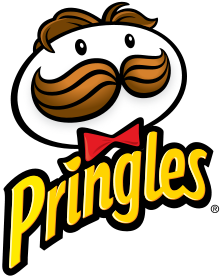 I think Pringles’ original intention was to make tennis balls… but on the day the rubber was supposed to show up a truckload of potatoes came. Pringles is a laid-back company, so they just said, “F*ck it, cut em up!”

Almost every game, D_w submits a Zombie Kill of the Week. Almost every week. He didn’t send anything this week due to the fact that he’s still drunk. Here is a file photo of D_w performing his job:

-Everyone keeps saying that Clemson Clemson’d last week. But that’s not Clemsoning. Clemsoning is losing to an inferior opponent when you are on a bit of a high. And that’s our territory now.

-Other things probably happened as well. We turned off the tv pretty quick around 3:30. [Editor’s note: Literally the exact same line from last week. Didn’t even need to edit it.]

Each week, the Carnegie Mellon Football Analyst submits his own Hokie..something. We don’t even know how to preface this week’s submission:

Since it’s Western Michigan, no motivator needed. In place of that, since it is homecoming, I’d like to help out our lady readers if they need last minute fashion advice for the homecoming celebrations.

Who needs a boring, run-of-the-mill homecoming dress when you can show your Hokie pride and sport a one of these beautiful VT-themed dresses! Ladies, you will be guaranteed to be the center of attention at all homecoming parties. 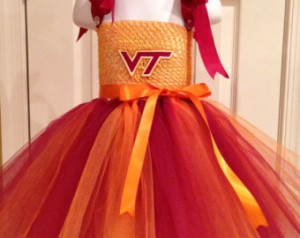 The one with the pockets is fashionable and functional. You can keep your keychain in there for easy access on 3rd downs. 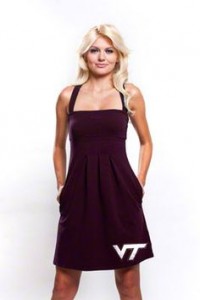 No homecoming ensemble would be complete without a nice pair of shoes. These maroon heels will have you doing the Hokie-pokey in style! 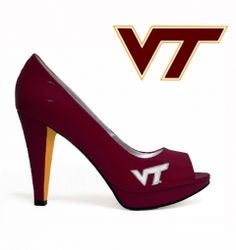 Ray: Gozer the Gozerian? Good evening. As a duly-designated representative of the City, County and State of New York, I order you to cease any and all supernatural activity and return forthwith to your place of origin, or to the next convenient parallel dimension.
Venkman: That ‘oughta do it. Thanks very much, Ray.

D_w: Yankees win on a Derek Jeter walk off single in the bottom of the 9th in his last game in Yankee Stadium.. I thought I would start the prediction off with something awesome since the game on Saturday will be nothing but a terribly ugly victory.. hokies win 34-21. [Editor’s note: No one outside of NYC and ESPN care about Jeter.]

The Northerner: This looks like a comeback game on paper, and if there is anything that this team does well, it is perform well against FBS teams at hom… play efficiently on offe… well at least this season we still have a solid defen… alright, even I can see this joke is played out by now. Hokies win, but like the last two, this one is uglier than a TOTS bathroom after a fraternity event. Hokies 35 Western Mitten 17.

B-Dubs: F*ck. This again? Do I really have to keep picking us to win? Absolutely. Because I love this team and will continue to be a huge homer. Mmmmmm Hokie football. With that said, Hokies trounce directional Michigan and send the Busted Broncos back to Kalamazoo. 45-14 Hokies.

Hokiesmash: Hokies take out their pent up aggression against the Western Michigan Whoeverthefucktheyares. 35-7 VT

Token Girl: Figured I would respond earlier this week so my prediction isn’t “still getting ready”…..38-13, Hokies I guess?

Hokie Ambassador to Lebanon: Directional Michigan… WT F*ck?! Weaver is gone, why are we still playing these guys? Beamer seems disappointed and Bud is probably furious. Normally that would mean complete dominance, but with this freaking team who the hell knows.

Brewer continues to channel his inner Brett Favre and throws for 2 TDs and 2 INTs, the running game finally gets it’s act together, Fuller takes one to the house, and the defense dominates. 34 – 13 Hokies.

G-Way: I don’t care. Do I care? I hate football. Hokies maybe feel like they need to prove something, and make us think there might be hope for them not sucking for the rest of the season, only to make every other game come down to the wire. Hokies 41-Those Other Guys 12.

C Gally: 31 – 0 Hokies. “But Mr. Humble Editor, what have you seen that would lead you to believe we can possibly get a shutout?” Answer: absolutely nothing. Just go with it.

If we’re going to constantly get the penalty, we might as well go with the most illegal substitute of all time. 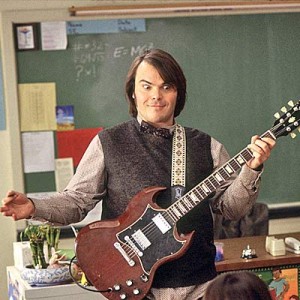 Not the hero we need, but definitely the one we deserve.