Remember when we used to hate bye weeks?

Well, after a nice relaxing weekend, the Hokies are back to make you angry and frustrated.

This is the song we deserve right now. How can we live without decent Hokie football?

We’re tired of saying “we knew this shit was coming.”

We’re tired of watching this team that we love go down the toilet with no guarantee that it will come back.

Also, we’re drunk, because that’s about the only way we get through these games anymore.

We saw a stat today that noted that 75% of our points have been scored by touchdowns. So basically, no one we’ve recruited in the past THREE F*CKING YEARS has been scoring for us.

Yes, there have been injuries, but good god man. This goes right along with the fact that we didn’t recruit a freaking QB since Tyrod.

At this point, we are scared. We’re scared because we are in danger of becoming permanently irrelevant in the college football landscape.

Apparently they are good this year. We get it. Just because you wear the jerseys of a shitty team doesn’t actually make you a shitty team.

Even with our shitty season, whatever shit ass stadium Duke plays in will be full of Hokies.

Our biggest fault is that we care too much.

Also, this game is going to be incredibly frustrating for all involved. Don’t even bother telling yourself you’re going to stay sober. It ain’t happening.

Response: Just f*ck Duke for so many reasons. They are forthcoming.

Response: Yeah. He does. Seriously, he had this shit published in Sports Illustrated while he was still in school. Deadspin goes into it more here.

Fact: So many douchey people go to Duke.

Fact: Duke is home to the O.D. (Original Douche)

Response: They are known for the Pressed oxford; Goldman Sachs summer-internship tote; always ending the party by taking your shirt off and wrestling a guy named Schmitty.

Fact: Even Elton Brand hates Duke. AND HE WENT THERE!!!

Response: This – “Thank you very much, for reminding me of the reason why I left Duke. People like you cannot and will not (sic) ever understand my situation. I’m sure Daddy worked very hard to send your rich self to college. While real people struggle. I would also like to extend an invitation for you not to waste your or my time ever again. Never being considered a part of your posh group of yuppies really hurts me to the heart. Yeah Right because I don’t care about you or your alumni.”

Response: It comes from a French fighting battalion called “les Diables Bleus” and nobody likes the French.

Response: FOR THE SECOND F*CKING YEAR IN A ROW. DUKE!!!!

-You a Hokie chant of any kind is audible on TV

-Our bowl streak is mentioned 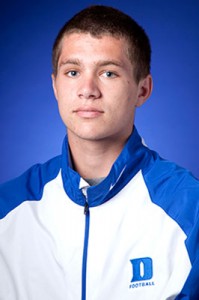 Really? Someone is named Mellencamp beside John Cougar?

Unacceptable. Your name is built on lies.

….unless they’re related. Are they related? No….

The Zombie Kill of the Week was like, half of our segments. We’re too angry to do stuff.

This is getting pretty easy. No one wins when we lose, so I don’t have to look anything up.

DiP: The line to the game is down to duke -5 which is laughable…I do not believe vegas has watch any hokies games in the past 6 weeks.   27-13 Duke.  Second prediction Buzz’s Hokies makes the games more interesting vs Duke this year than Frank’s Hokies do.

D_w: Going to be a close one.. hokies win 20-19 after Duke misses an extra point. Good news is, Hokie basketball starts on Friday, at least with that sport we can explain and understand why we lose games.

The Northerner: We need to win two out of three against Duke, Wake, and UVA to become bowl eligible, and IT PROBABLY WON’T HAPPEN.

Realistically, I think we’ll pull this one out about as effectively as the Duggars, but I still can’t pick against the Hokies.  17-14 Hokies, and I’m really hoping I have other things to do so I don’t have to watch this inevitable comedy of errors.

Wright: If your football field is surrounded by a track, then you don’t have a real NCAA stadium. We somehow pull out the win 20-16 in that little dump, allowing GT to eventually win the Coastal and put their retarded offense on display against Jameis’ Crab Shack.

B-Dubs: F*ck Puke and the fact they might win the Coastal for the second year in a row. Are you kidding me? Somehow the Hokies are gonna pull this one out…17-14.

G Way: Our undefeated season continues as we dominate Duke 52-7.*

*All predictions based on NCAA 2014 and not the real world, where we all spend Saturday drunk and breaking tvs.

Better find a better devil to beat these blue posers 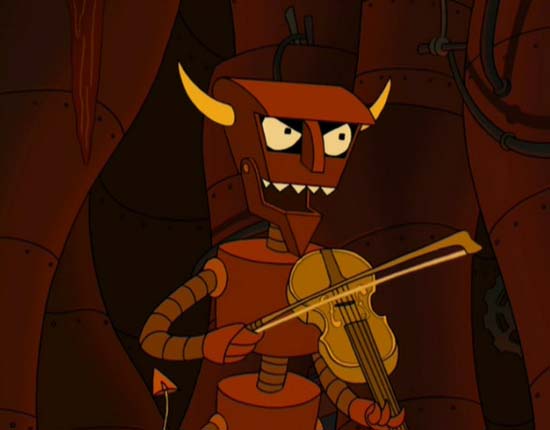