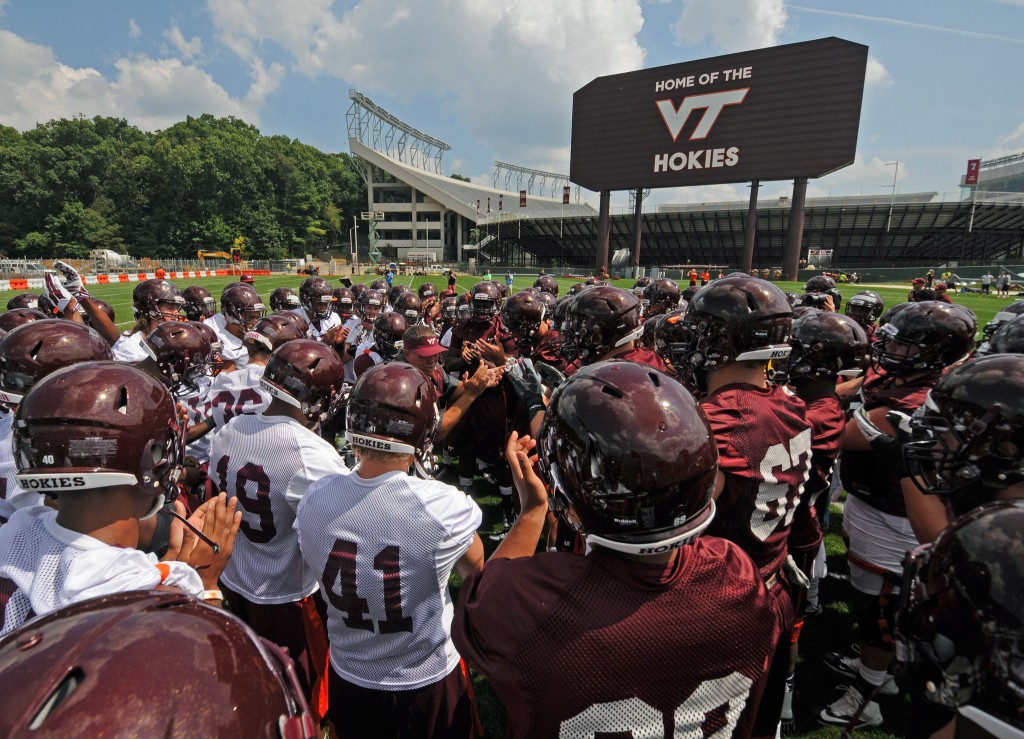 Our long national nightmare is over.

We start the year with Coheed. Because that’s what we always do.

So let’s all try to forget last season. We finished the regular season 8-4, which doesn’t sound too bad.

Then you remember we lost to Duke, Boston College, and f*cking Maryland.

And that motherf*cking Sun Bowl. Thankfully, that game was on at 3:30 in the afternoon of New Year’s Eve, so no one was watching. And it was super easy to drink the memory away afterwards.

So we enter the post-Logan Thomas era. And for the first time in 7 years, Virginia Tech has recruited an actual quarterback!

Michael Brewer is not an ex-tight end. He is an ex-Red Raider, which is to say he transferred from Texas Tech. You may have known that already, but some fans probably didn’t because no one gives a shit about Texas Tech.

So right now, our offense is a complete unknown. It’s all going to come down to quarterback play, as is the way of the world now.

On the defensive side, we’re not worried. Sure, we lost a truckload of starters. But we didn’t lose Bud, so we’re sure they’ll be fine. As usual.

Does Beamer even practice special teams any more? Does he know they are still a part of the game?

If we have one more back-breaking special teams f*ck up, we might need a new TV.

William & Mary. Literally the two most boring names in America. We apologize to any William or Mary currently reading, but you know it’s true.

They call themselves the Tribe, which is super racist. According to Wikipedia, it should be the “William & Mary Ethnic Group”. That just instills fear in the opponent.

We don’t know jack about this team. And neither do you. Because it’s William & Mary, and no one cares.

William & Mary are I-AA or FCS or whateverthefuck it is. If we don’t win by 30 we’ll be pretty pissed.

Who are we kidding, we’ll be pretty pissed no matter what.

Some are calling this a practice for the big Ohio State game next week. If that’s the case, we should probably practice getting our asses kicked.

…we’re not confident about our chances against Ohio State.

-you question how this game is nationally televised

Lazy and abridged version this week!!

Fact: It’s William and Mary.
Response: If we haven’t covered the spread by halftime then everyone chug a beer or take a shot.

Fact: My dad and youngest brother went there.
Response: Besides being huge douches, the fact that they went there means we can’t lose or I’ll never hear the end of it.

Fact: Roll Tribe is their slogan.
Response: They had it before Bama (unverified) so that makes them a little cooler.

Fact: Their alternative mascot is the Griffin.
Response: The animal. Not Peter. Nowhere near as cool. 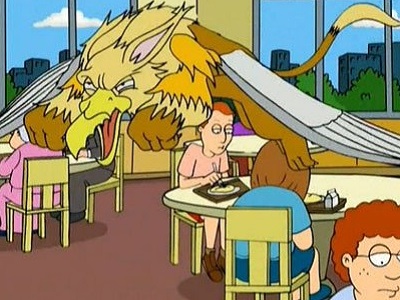 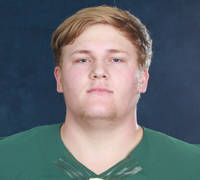 D_w cannot be found. Communication went dark after the Sun Bowl, and we haven’t heard from him since.

If you know where he is, great. We actually don’t really care.

-Braxton Miller is out for the season, which gives us hope that we can stay within 30 of the Buckeyes. Their backup is probably a starter on any other team.

-Clint Trickett, the guy currently pretending he’s a quarterback for West Virginia, said this week that his first kiss was with Nick Saban’s daughter. After mentioning it to reporters, Clint said, “So yeah … I don’t know if I should have said that.” ….Uh yeah no shit dude. Not that you had a chance against Alabama before, but now you might actually die. Which would probably give WVU an upgrade under center.

Couldn’t really pull together a formal motivator. They are a freaking I-AA team, no motivation necessary.

William and Mary, wow, the College sounds like a couple celebrating their 60th wedding anniversary.

See also the attached picture. Just look at that painting. They look so smug. It’s that, I got a college named after me – smugness. 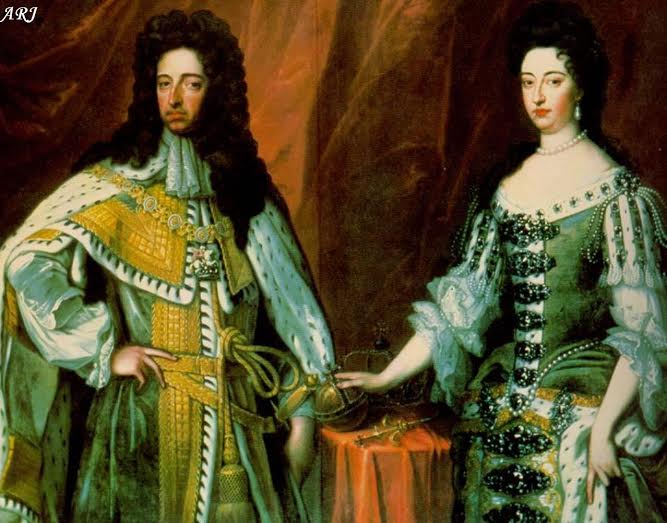 Ray: Listen… do you smell something?

In addition to losing D_w, The Northerner is also MIA. They are likely happily living together in some cabin somewhere. At least, that’s what I tell myself. That they are happy. That’s all I’ve ever wanted…

ANYWAYS since we lost him, we’re combining the preview and predictions post this year. Enjoy.

DiP: I cannot find a line on this game anywhere. Hopefully one comes out saturday morning so i can bet on it. I am going to go 31-3 Hokies with alot of Leal time in the back end of the game trying to prove something.

D_w (oh there he is!): No Hokie Football No NFL make d_w something something… Hokie win their season opener and they do it in unexpected fashion on the shoulders of QB Michael Brewer, after Bud’s defense sets the table and gives him a nice short field to work with all game long… Hokies 34 – 7

The Northerner (there he is too!): I feel so woefully unprepared for this season. Who are our big game players? Shit, who’s our starting QB?! I guess I’ll go with 27-10, with of course the Hokies taking the win, but that is purely a guess with no evidence as to why. So really, nothing has changed with how I make my prediction. GO HOKIES!

Wright: Hokies win 23-6. Defense looks sound at Fuller starts the year off with a pick, but the offense sputters…again. Uneasy 13-3 lead at half.

B-Dubs: Bill scores with Mary after the Hokies drop 38 big ones to make it happen. She’s a cheap date. 38-7 Hokies.

Hokiesmash: Isaiah Ford will prove himself as a man-mode wide receiver by scoring a pair of touchdowns. David Wang will get injured, thrusting Wyatt Teller into the starting left guard spot. The offense is sloppy, but what the hell else is new? Hokies win 27-3.

Maniak: I am going to go a little more realistic with a scare at 28-17 Hokies. We fuck up a special teams play but pull away at the end.

Token Girl: SO ready for football season! Is David Wilson a coach yet, or too busy training for Olympics? 34 – 9, Hokies!

The Bull: Hokies win 40-18, matching Tech’s series record against William & Mary of 40-18-4. What about the four, you ask? That’s the number of different running backs the Hokies will use in the opening drive.

CMU Football Analyst: The best thing about Williamsburg is the beer tour at Busch Gardens where they give you free samples. But it’s still Budweiser, so not that exciting. VT 30 – W&M 14

G-Way: Hokies put some points on the board this week, giving us false hope about the rest of the season, but the D dominates like always. Hokies 41-3.

C Gally: The offense gets off to a sluggish start, and we’re all angry at half time. The offense gets a semblance of life in the second half, and we slowly become less angry. Hokies win, 28 – 10.

It’s the beginning of a new season. A new year. A new team.

We need to start out with a bang.

We don’t just need to win.

We need to destroy.

Therefore, we go with the only logical choice… 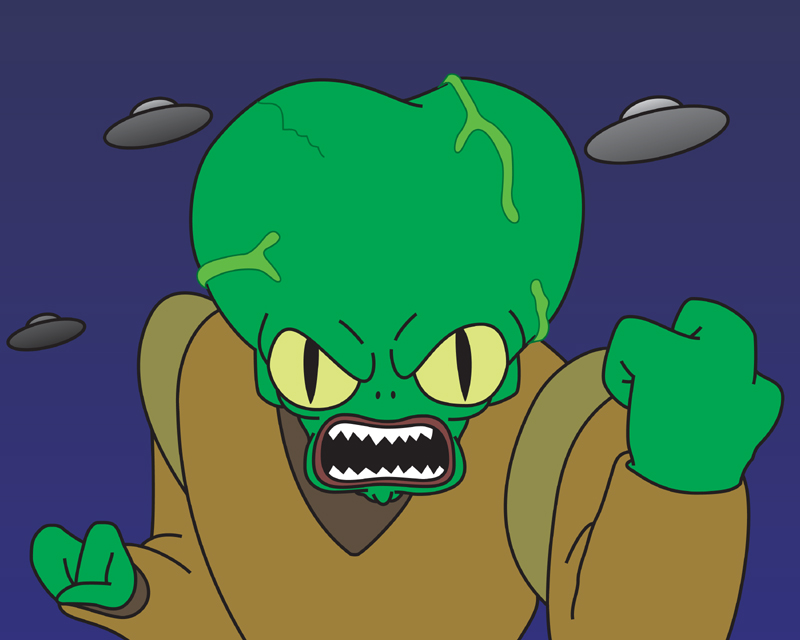 “PUNY WILLIAM & MARY, WE WILL DESTROY YOU!”