Time to take out these Boilermaker bitches.

Your humble editor spent a year in Indiana. Parks and Rec is literally all you need to know.

Apparently it was not important enough to have it on the radio between New Jersey and Delaware. A crime if there ever was one.

Even though we missed the game, the Hokies appear to be exactly who we thought they were.

14 points in the first half? 7 of which were scored on a pick six? Yup, pretty much spot on right there.

Sure, we can blame it on a short week and all that, but we’re likely to see this kind of shit all year long.

Everyone get your alcohol ready.

I mean, they REALLY suck.

They’ve already lost to a Marshall team that is no where near where they were last year. They have games against Indiana, Bowling Green, and Northwestern this year. And they could easily go 1-11.

And on top of all that, they have to live in Indiana! It must be awful to be a Boilermaker!

I guess they can be comforted by the fact that they were responsible for this hotness: 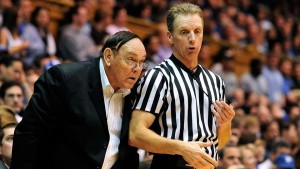 Our love affair with the Big Ten continues. By 2025, we’ll have visited every shitty town in the midwest!

You can buy a ticket to this game on StubHub right now for $25. Seriously. I get we aren’t a powerhouse football team, but hell, besides Ohio State, who in the hell do these guys ever play? We have to be the second best team they’ve ever faced. Yet somehow, I could go buy a ticket for the price of a pretty nice dinner. Show some pride, Purdue fans.
Also, you want to talk about the Wimpification of America, where achievement and REAL SUCCESS is dumbed down because everybody needs some shiny GOOD JOB sticker for just showing up? Look at Purdue. They give themselves a trophy just for beating Indiana football, a task that would be regarded as the absolute bare minimum for any functioning college football program (whoops, sorry Penn State). To make matters worse, it’s the Old Oaken Bucket, which, not surprisingly, looks like the game Barrel of Monkeys. Purdue is making the youth of today soft, and probably contributing to our unemployment crisis. For f*cks sake Purdue, beating Indiana is no prize. If you CAN’T beat Indiana, you should be sent off to the glue factory.
They also have 7:30 am classes. Who does that? What 18-22 year old wants to wake up at 7:20 and stumble to class? This is probably why they aren’t anywhere in the top 200 for party schools and begs the question as to whether or not they have a good bar scene. If any Hokies are traveling there, good f*cking luck.

Ugh. The Purdue mascot is named Purdue Pete. What the f*ck, Purdue? Your school is named after a dude named John Purdue. So when you go to name your mascot, which is just a dude in a hat, you have to make up a totally different fake dude with Purdue in his name? This school makes no sense whatsoever. Plus if you look at him, he’s really effing creepy. Seriously. Look at Purdue Pete!. Uh…nope!

And it’s just Purdue. Nobody likes Purdue. Or their football team.
GO HOKIES!

-There’s a reference to the boilermaker drink

-Ohio State is brought up in any way

Since this is a first time meeting of these two teams, there is no storied history to goof on. Instead, I found a picture of Frank with a sombrero online. 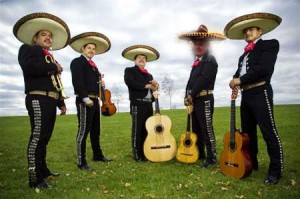 Your humble editor is at the beach. There ain’t shit to get angry about until next week.

DiP: [Ed. Note: DiP is literally the worst. If I were a white girl, I couldn’t even.]

D_w: The only thing I know about Purdue.. they have some kind of tradition called “Breakfast Club” my understand is that they get dressed in Halloween costumes and go early morning drinking at the bars during football season.. thats all i got. Hokies win 42 – 17.

The Northerner: Too drunk

Wright: Absolutely no clue about anyone on their team, just know they suck. Hokies 26-13 with a nice road win against a power 5 conference opponent. Lawson gets more playing time and outperforms Motley.

CMU Football Analyst: 30-17 Hokies over the Boilmakers. Their mascot sucks. Who wants to be named after the most popular drink order taken at a dive bar?

NEZ Ambassador to Lebanon: If I were watching the game I’d be dropping a shot into my beer and knocking back celebratory f&%$ Purdue boilermakers every time Tech scores. I’d be plastered by halftime. Shockingly this game will not be broadcast in South Sudan [Ed. Note: We were not joking about him being an ambassador. Location may vary though.], but Tech still dominates. Hokies win 34-6

Maniak: Hokies win 24-10. Maniak goes sour on some krauts if it doesn’t work out. 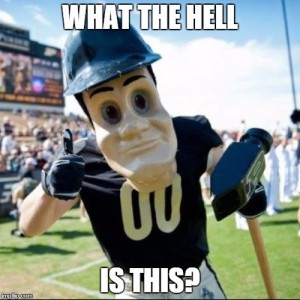 C Gally: So much frustration you’ll be ready to throw a small child through the television. Hokies win 24 – 17

Well this one is obvious 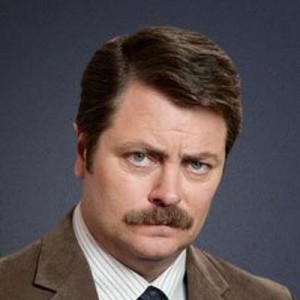