We tried to find a humorous picture of Wake Forest. But no one cares enough about them to take any pictures.

All you need to know* about a game we should win, after the jump.

*the following post may not contain anything you need to know about this game.

2-0 against ranked teams. Shitty as hell against anyone else. Head games pretty much sums it up.

What the hell are we supposed to make of that game? Did we beat Duke, or did Duke beat themselves? Is beating Duke a big deal, even though they’re ranked?

The answer to that last question is “Yes” without a doubt. Duke is a good football team, which is a really weird thing to say (especially as I write this and they’re losing to UNC).

We TRIED to lose that game. Good lord did we try.

Sorry, had to go break my tv and vomit just thinking about it.

Holy f*ck, how does that happen?

Apparently, that was a call made by the players on the field, but that’s still on the coaches. How the f*ck do you coach our players to be that f*cking stupid?

If you were playing NFL Blitz, you wouldn’t have gone for it. 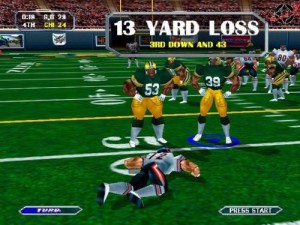 But whatevs. We won! We should be happy!

Maybe we’re just so used to being angry, we can’t even shake it. Maybe even though we win, it’s only because the other team was slightly more shitty than we were that day.

At this point, we just want to know if we’re gonna beat UVA.

They’ve lost to UL Monroe and Utah State. They beat Army by 3.

They suck and are terrible.

Other than that, all you really need to know is that we should win. Even missing Marshawn.

But we all know it’ll be close. It shouldn’t be close, but it will be. So get your alcohol ready. You’re gonna need it.

Fact: With an all-time record of 431-631-33 (.409 winning %), it’s safe to say that Wake is completely irrelevant in football.
Response: It probably doesn’t help they are the third-smallest school in FBS in terms of undergraduate enrollment and the smallest school playing in a BCS conference.

Fact: I bet you can’t name a single player that has ever been relevant in the NFL from Wake Forest.
Response: Seriously. Name one. Please.

Fact: Didn’t even know that they had changed coaches.
Response: Some guy named Dave Clawson? They are that irrelevant.

Fact: They play Ole’ Miss in 2024 and 2025.
Response: I wonder if they plan on becoming an FCS school by then. It would sure get them a lot more money! I mean, if you’re gonna get your ass kicked by a SEC team, then you may as well get more money out of it.

Fact: Their two wins have come against Gardner-Webb and Army.
Response: They’ve also lost to Louisiana-Monroe and Utah State. YIKES!

Fact: Wake Forest is absolutely awful.
Response: They are just SO awful. So terribly bad. If we lose to them, then well…I don’t even know what would happen. Bad things. Very bad things.

Fact: If we win, we’re bowl eligible!
Response: 11 games into the season…in years past, we’d be eligible 6 or 7 games in. Holy cow.

Fact: A win is coming.
Response: I GUARANTEE it. Yeah that’s right. A guarantee.

-The Hokies do something so f*cking stupid that you question whether or not they are actively trying to lose.

-The fake punt from last week is mentioned.

-You see Wake’s old man mascot that looks like Herbert from Family Guy. 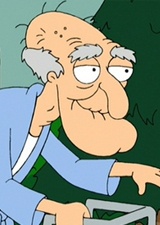 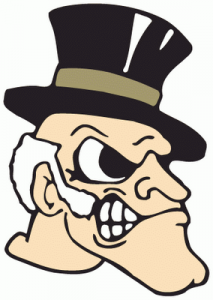 How do you have that name and not change it when you’re 18?

Steve should have gone straight to the courthouse and added an “O” to the end of that thing.

Is 17-16 the saddest score of all time? The crystal ball says… Ask again later.

The Northerner and B-Dubs were closest at 17-14, but they also picked the same score because they’re idiots and don’t read emails.

This means their answers cancel out and D_w wins with his 20-19. His prize is that he didn’t submit a Zombie Kill of the Week. Again.

On to this week’s predictions, which are slightly less angry than last week…

The Northerner: Wake Forest?  More like… break… florist… because… shut up, they’re just stupid. [Editor’s note: We’re all glad you don’t blog any more.]  Hokies struggle again because that’s just what we do now.  Hokies win 17-16.  We also get to be bowl eligible with this win and possibly play in the Raycom Camellia Bowl, or the Quick Lane Bowl, or maybe the bitcoin St. Petersburg Bowl, or the Belk Bowl, but I’m really hoping for the Foster Farms Bowl*.

*These are all ACTUAL bowl games.  But we get it, NCAA, its definitely NOT all about money.

Maniak: 24-14 (take THAT dip) Hokies … and we make the Military bowl in sunny washington dc!

Token Girl: Hokies win 21-17, bowl prediction: Duck Commander Independence Bowl in Louisiana….because observing the fans in attendance and the atmosphere will be EPIC regardless of the outcome of the game.

C Gally: In the most frustrating win in the history of football, Tech plays down to the opponent but squeaks by with a 21-20 victory. My nerves are so shot I have to have a beer or twelve to calm down.

How is a Demon Deacon even a thing?

That shit is blasphemous.

Better exorcise those demons then… 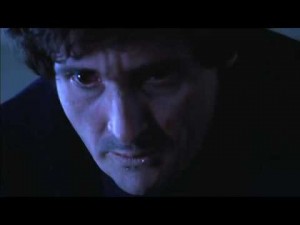 Did you think we were going with anyone else? Please