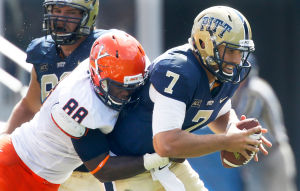 Since we haven't beat Pitt in 13 years, we couldn't find a decent picture. So here's a picture from when Pitt beat UVA. Because f*ck UVA.

They want to be called Pittsburgh.

No one is ever calling them Pittsburgh.

That name is reserved for teams that Pittsburghers actually care about.

Hit the jump better than the Pirates hit Wainwright.

HOLY SHIT YOU GUYS WE ARE RANKED!

Raise your hand if you thought this would happen this season.

Put your hand down because you are a f*cking liar.

Honestly, if we could string two halfs of offense together, we'd probably be top 10 right now.

Yeah, 64 yards in the second half against UNC isn't going to cut it. But weren't the flashes of offensive brilliance just awesome?

21 points in the first half and it feels like we're watching Oregon.

A lot of people are hating on this game, calling it gimmicky. No one will have a good view of the game, blah blah blah.

Anyone that hates on this game hates fun and is terrible.

This game is going to be AWESOME.

If you attend this game and are sober enough to care whether or not you can see what's going on, you're doing it wrong.

Eh, Pitt is bad. And we couldn't name a single player on the team.

So let's talk about the real Bad Guys.

Does anyone have the rights to DontFireMikeLondon.com? That needs to happen immediately.

Let's just keep the atmosphere at Lane Stadium as mediocre and mildly fun as possible.

Fact: Unlike their NFL counterpart, this team actually demonstrates it knows how to play football!
Response: Only a matter of time before all is right in the world. Somehow the Pirates made the playoffs, Pitt has a winning record, and the Steelers suck. We have officially entered the Twilight Zone.

Fact: Interestingly enough, Pitt was the first team to break the color barrier when Bobby Grier played in the Sugar Bowl when African Americans weren't allowed to play in the south.
Response: He was also flagged for pass interference that set up the game winning touchdown for Georgia Tech.

Fact: Pitt lays claim to nine National Championships in their annual media guide.
Response: Well if they can do it, why don't we? NINE?!

Fact: We are 7-5 vs. Pitt, but we've lost our last four games against them.
Response: Long gone are the days of Antonio Bryant and Larry Fitzgerald…

Fact: They only scored 14 against UVA.
Response: By simple logic, we will hold them to 6.

Apparently he sat out two seasons after transferring from Rutgers.

Wow, transfer from Rutgers to Pitt.

Was there no other middling, perrenially mediocre team out there?

This week's Zombie Kill of the Game was hand picked by CGally, I had the dreaded fall wedding to attend so I was in the midwest attempting to watch part of the game at BDubs (the food establishment not our fellow editor's house) only to find out that the people there have no idea how to change the channels so I was forced to watch FSU destroy Maryland and Big 10 football where they try and make our offense look like the Peyton Manning and the Denver Broncos.  Here it is.. the Zombie Kill goes to…

wait wait wait… I'm sorry Luther, that was hardly worth the replay the ACC Network gave you for the sack.. this week's Zombie Kill goes to 38 Studios for its roll in bankrupting Curt Schillings and forcing him to have an estate sale where he is selling items like his microwave, baseball glove chair (that has seen better days), a small zamboni, assorted stuffed animals, and holiday decor, among other "odds and ends" such has a bundle of tangled phone chargers. 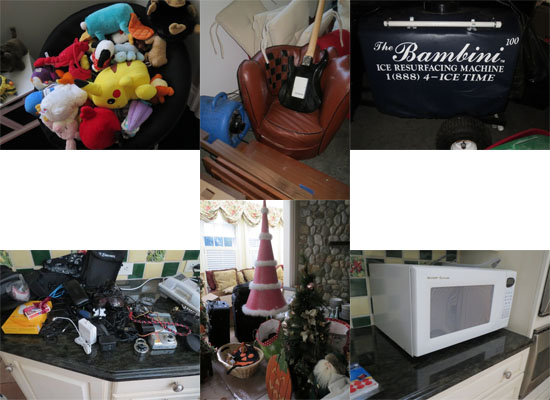 -Everyone that's good is still good. There. There's your round-up. 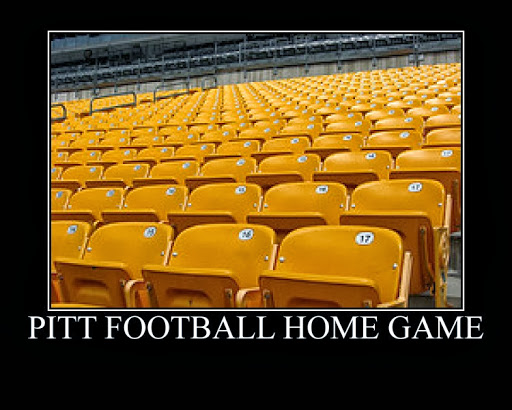 How do you beat the panthers?

Go with a panther that actually gets shit done.

We speak, of course, of…

Which means it's going to work this time.