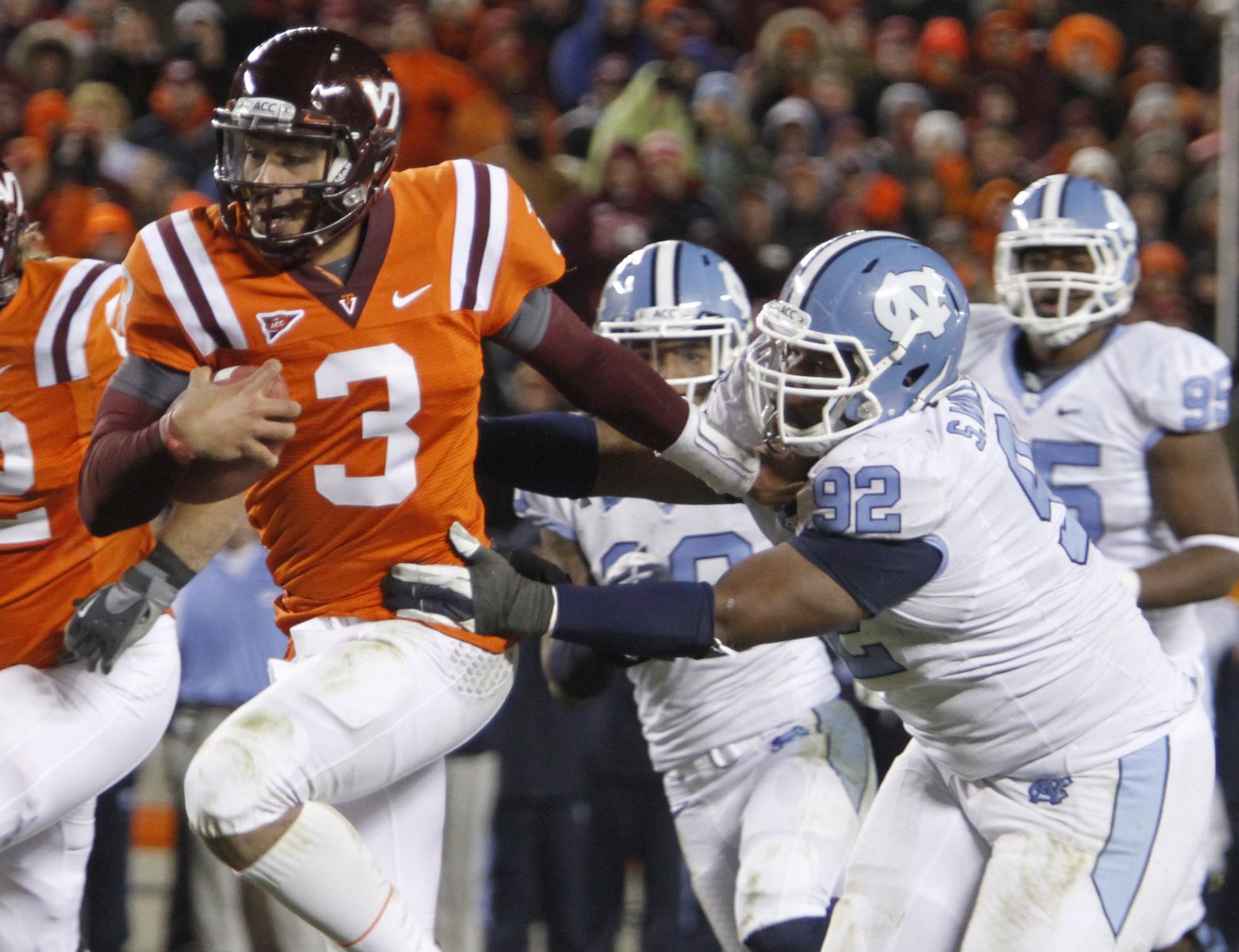 First it was Western Carolina.

Then it was East Carolina.

If we play South Carolina in a bowl game, we might lose it.

Not that we ever had it.

Hit the jump if you know what's good for ya…

In honor of hockey season starting this week, we present our favorite goal song of them all.

Ok, can everyone just calm the eff down about our offense getting its groove back? Seriously, all we heard after the game was how good the offense looked, followed by a reading of statistics from the first half.

Did anyone watch the second half?

Three points in the second half is not going to cut it against any decent team.

Yes, the first half looked AMAZING. We seriously thought we had tuned in to the wrong game.

Know who did look great all game?

The best f*cking defense in the country.

Yes, we've seen all the ESPN shit saying so. But it's even more than that.

This team is 4-1. We have absolutely NO special teams whatsoever. We've won even while eeking out 15 points against East Carolina, 21 (in regulation) against Marshall, and 17 against Georgia Tech. The defense won us all three games.

If we can put together 4 whole quarters of good offensive football and get someone to make A F*CKING 25 YARD FIELD GOAL, we'd be the scariest team in the Coastal.

Hell, maybe we're already the scariest team in the Coastal. The division is freaking terrible.

Can we go back for a second? Special teams? Holy shit man.

We are 3 of 9 for field goals, and we have a missed extra point. BEAMERBALL!

We're not quite sure how to fix it at this point. Probably should have fixed it when you realized Cody Journell was a clepto-head-case.

But we digress, because WE BEAT GEORGIA TECH!

In their own house.

So, as always, dear Paul Johnson…

We don't know shit about this team, other than the fact that they are 1-3. And they lost to Georgia Tech (HA!) and East Carolina (BAHAHAHAHA!!!).

Can you believe there was a dip in ticket sales this year?

Who knows about this game. It'll probably be close, because that's what we do.

It's Homecoming, and we wish we were all coming home. Those of you that are, enjoy it. We are super jealous and hate you.

Fact: Tar Heels is slang for bitches in a lot of other countries.
Response: Probably why they lie, cheat, and steal their way to Independence and Meineke Car Care Bowl berths.

Fact: Speaking of bitches, UNC's Offensive Coordinator blames Renner's bad throws because of "sweaty hands."
Response: Really? Your team sucks ass that much and all you can come up with is sweaty hands?!

Fact: Their last ACC title was in 1980.
Response: They suck. Again, they couldn't cheat their way to wins.

Fact: They gave up like 600 yards and 50 points to ECU.
Response: They're just awful.

Fact: Hokies are 7-3 over the last 10 meetings.
Response: Though they got the better of us last year, so we need to crush these f*ckers. 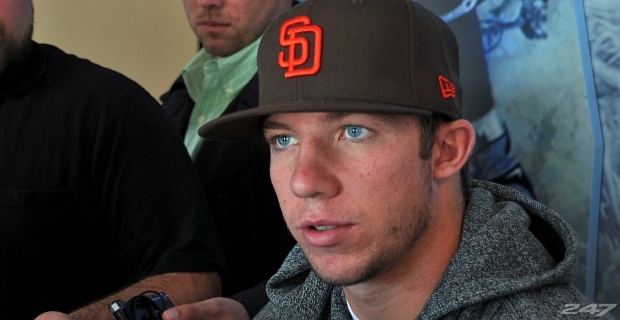 Just LOOK at this freaking guy!

Not only is his name "Bryn" (seriously, freaking BRYN… for a dude…), but how much would you pay to see J.R. Collins plant his stupid looking face in the dirt?

A lot. The answer is a lot.

Is this the week, he attended a fall wedding, because his friends are the worst. He did send this in, though:

Hey, everybody. I'm a stupid moron with an ugly face and a big butt and my butt smells, and I like to kiss my own butt.

-So Maryland beats WVU 37-0, then WVU turns around and beats highly ranked Oklahoma State? Apparently, Maryland is the best team in the country.

Each week, the Carnegie Mellon Football Analyst submits his own Hokie..something. This week, he makes displays the full range of his MS Paint skills. 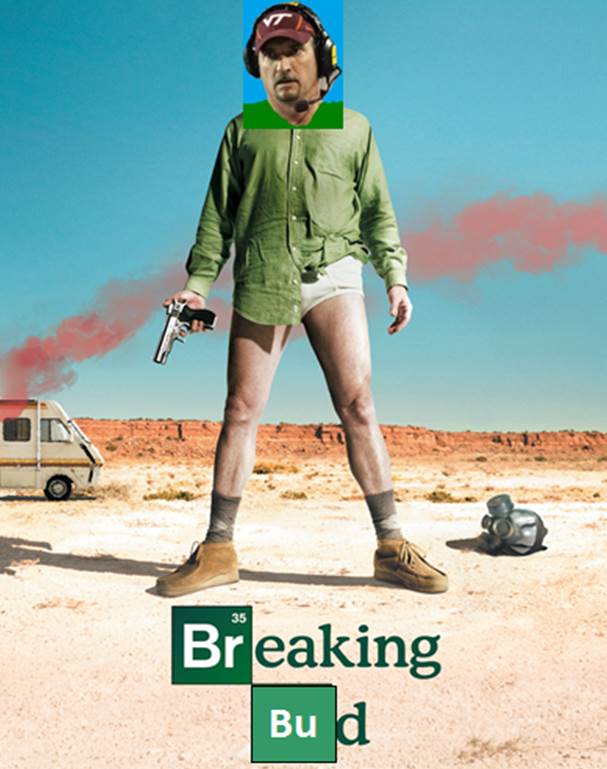 Rod: All great men have mustaches!

Rod: You know I have a hormone disorder!

For absolutely no reason. 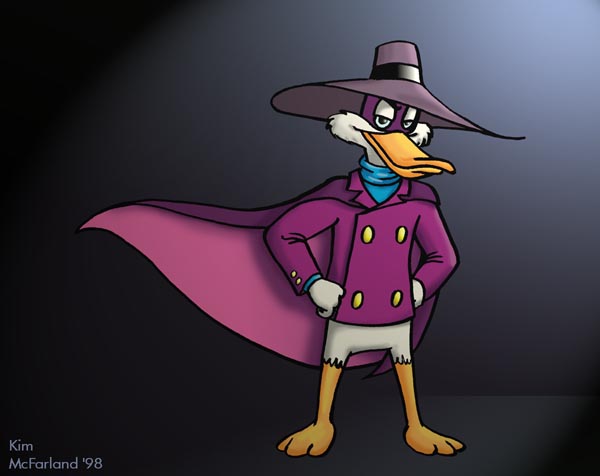 Do we need a reason to go with Darkwing Duck?

Hell no we don't.