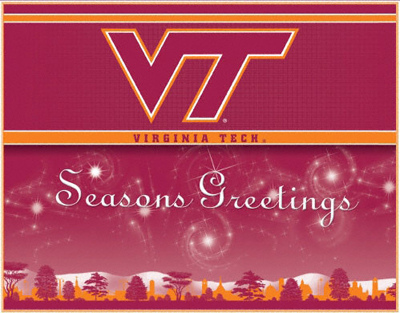 Happy Holidays readers! We know it’s been two weeks since our last post, but seriously, would anyone have read it anyway?? Regardless, it’s time for the Hokies to play a meaningful game.  Oddly enough, it comes against a team that we’ve already played (and defeated) once this season. It’s not very often you face a non-conference opponent more than once in the regular season. Gobble Gobble, bitches.  Read on.

So anyway, before we jump into hoops, let’s talk about our kickers a bit, shall we?

In case you HAVEN’T heard (and if not, you are completely out of touch with VT football and shouldn’t even be allowed to read this blog), but Cody Journell was dismissed from the team for posing as a pizza guy and then storming into Dorenzo Hudson’s apartment with what turned out to be a BB gun looking for Hudson’s roommate over…get this…some damn drug transaction.  Lovely.

Oh wait, there’s more! Now it turns out recently PROMOTED kicker Tyler Weiss was sent home for being a complete moron and breaking curfew. You might be thinking that curfew was probably 10 PM or something – NO. It’s freaking 1 AM!!! You have ALL that time and are still breaking curfew? WTF. He was sent packing, so we’re left without an actual placekicker. Maybe now we’ll go for it on all fourth downs inside our opponents 40.

Seriously, what the F*CK

Well, now that we’ve gotten THAT out of the way, let’s talk a little more about basketball. We won our last game 71-50, which included holding Eastern Michigan to just 9 points in the first half.  Damn.  Yeah, we have up 41 in the second, but a lot of that was when the game was well out of hand. The Hokies have been playing good ball against crappy teams, which is nice, but the next three games will determine how good we might be this season. However, since our last post, we also had a nasty dunk take place by freshman Robert Brown. Seriously, he made the North Florida defender eat crotch.

First off, did anyone else realize that we have three guys shooting free throws at an 80%+ level? This is effing historic because we’re second in the ACC in free throw shooting! There is a whole list of things we’re actually good at doing now. We won’t bore you with all the details, but if you are interested, take a look here. All you need to know is that we might actually be a mediocre basketball team after all!

So, while we know that Erick Green is simply a stud, it’s pretty fun to watch both Jarell Eddie and Dorian Finney-Smith right now. Eddie is starting to figure out that his role is to score. We’ll see if he can keep it up during a much more difficult schedule, but things are looking good. Finney-Smith is really starting to understand things more and progressing nicely as a freshman. Not to be outdone is Robert Brown, who we mentioned earlier, but man, if he can start understanding that he doesn’t always have to shoot threes, but get to the damn hoop, he is going to be one heck of a player.

Ugh, but we still have Victor Davila. We can’t stress enough how awful he is for our team. It’s a good thing that Greenberg recognizes that Raines and Barksdale are both better players than him. It’s about time we go Chuck Norris on him. It’s time for fierce kick to the chest and knock him the f*ck out.

Well, we beat this team once, so why not do it again? There really is no good reason. This team is in a down year, checking in at 7-5 and no good wins to date. Then again, we don’t have any good wins, either. Honestly, there isn’t much to say about them. They have a couple of decent players, but no big man inside to kill us like some teams and kinda suck. That’s really about it. So, we’ll move on from their actual players and take a look at their mascot: 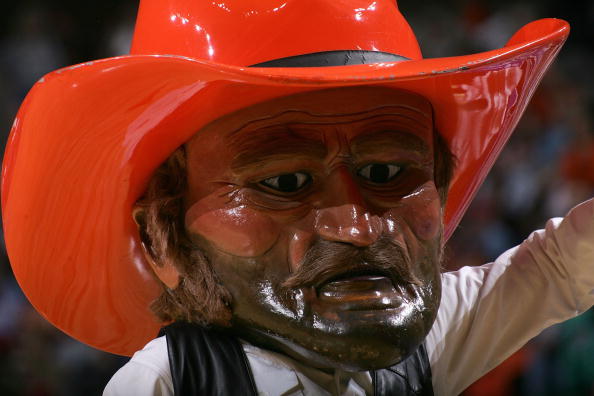 You know, that thing is creepy as shit. Sure, his hat is made of plastic, but honestly, if you were woken up with that staring right at you, chances are you would pee your pants.

So, did you know that the Sooner’s best player is a white guy? That’s when you know you are probably going to be pretty bad (exception being Harvard). His name is Keiton Page and yes, he did team up with Sidney Deane to win the Brotherhood Tournament in the off-season. Unfortunately this time around, Keiton wasn’t able to finish off his opponents with a dunk. 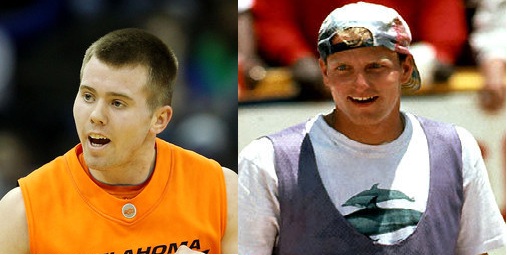 We really should win this game, but would anyone be surprised if we didn’t? So how does one get motivated after having such an extreme layover filled with food, alcohol, friends, and family? And no, we’re not talking about the players. We do it by watching a Deron Washington highlight reel! We particularly like it at the 55 second mark.