OK.  So, we’re 7-3 right now.  Big deal.  Do we have some talent?  Yes we do.  Do we have anyone other than Erick Green who wants to consistently put up points in games?  No.  Not at all.  The good news is that we did take care of Norfolk State, but again, it wasn’t pretty.  We tend to let teams stick around longer than they should and that gets a bit worrisome.  Though, should we really be surprised given that we follow Virginia Tech basketball?  Ah well. Corso it.  We play Campbell on Saturday, so let’s get right to it. Jump it. 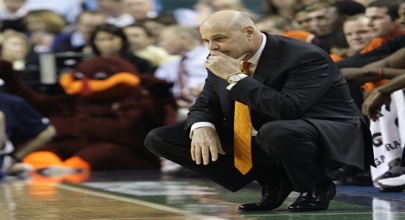 Anyway, first and foremost, the rumor is that Tyrone Garland is transferring. Not that we should care, but we thought it’d be nice to let everyone know. It’s definitely for the best because Marquis Rankin is by far the more superior player. We’ve been told this is how the conversation went down:

Greenberg: So, are you suggesting that we let Ty transfer at this point?

Erick Green: Would you miss him?

(Looks around at locker room)

Erick Green: Seriously, would you MISS HIM??

But seriously, who is really going to miss Ty Garland?

So, we’ve decided that Victor Davila is much like Donkeylips from Salute Your Shorts.  He’s just nonathletic and simply a complete waste of space. When he plays, he just makes everyone cringe and you’re just waiting for something bad to happen because of him. Remember when Donkeylips was trying to qualify for a wrestling tournament and didn’t make weight?  But then, he pulls out the lobster shell cracker from his pants, which then brings him down to the proper weight? Well, that’s how Davila operates. Just when you think something can’t happen, he goes and pulls out his lobster shell cracker and it does…and it NEVER ends well. At least Donkeylips has a cool name. 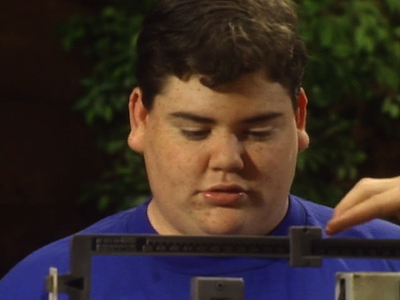 OK, again, who else is going to be awesome besides Green?  We’ve had glimmers of hope from Dorian Finney Smith and Jarrel Eddie, but neither has decided to be consistent with their offensive game.  DFS has a tendency to be a bit passive while Eddie looks like he stoned out of his mind on the court. Again, we don’t even need to say much on Dorenzo Hudson because he is just a complete liability on offense and really has no business playing many minutes.  Speaking of which, only TWO people signed the petition.  C’mon, we need a bit more support than that! 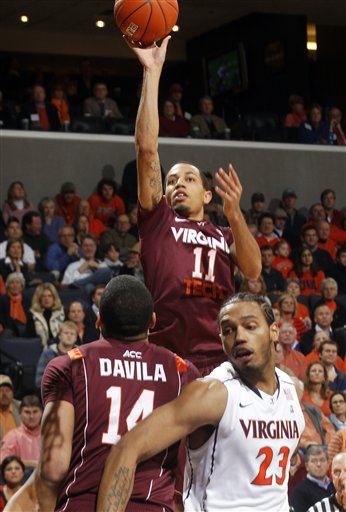 This guy is good

But in all seriousness, we really need some help offensively.  It’s fine that we’re this pathetic against even more pathetic teams, but something has to be figured out by the time we start ACC play.  At this point, we’re looking like we MIGHT win 6 games in the ACC.  Maybe 7.  Unfortunately, Will Smith turned down the scholarship to come play for the Hokies, so we’ve decided to offer up yet another one.  This time, we’re sending out the scouts to take a look at everyones favorite high school sitcom star – Zack Morris.  We hear he has fully recovered the knee injury courtesy of Mr. Belding and is feeling stronger than ever. Not only did he get all the ladies, but he could play ball, run track, and somehow score a 1502 on his SATs (pretty sure your score can only end in 0, right?).

Yup, that’s right.  We’re playing the Campbell Fighting Camels. This team is talented as they are 8-2, but let’s be real – they just lost to Houston Baptist.  Now, no knock on those Huskies from Houston, but ehhhh, they aren’t very good. Regardless, they do have a pretty good center in Eric Griffin, but he only stands 6’8, so he won’t crush us in the height department. But between him and SF Darren White, they average almost 6 blocks and 15 rebounds a game. So yes, there is some talent on this squad, but this team can’t play defense and they don’t care of the basketball. Basically, VT should win by 10+ in this game, but we probably won’t be safe until the last 5 minutes of the game.

OK, so yes, we play the effing FIGHTING CAMELS. Honestly. Oh, and to make matters worse, their mascot’s name is Gaylord.  Sheez. Reminds us of Meet the Parents.

Jack: I mean, they’d have to be, right? To name their son Gaylord Focker?

Yep, that about sums it up. So while the Hokie Bird will be on our sideline, Gaylord the Fighting Camel will be cheering on Campbell.  Ouch. 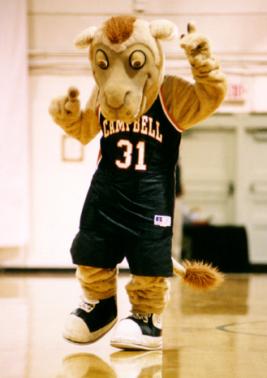 Wait, so your name is Gay Focker?

OK, so life is like a box of chocolates – you never know what you’re going to get.  Not sure who said that quote, Forrest Gump or Campbell head coach Robbie Lang. The two look eerily similar. So, instead of saying “Run Forrest, run!”, we might want to say “Coach, Robbie, coach!”. Or something like that. Yeah, whatever. Pretty horrible subtitution quote. But whatever, just look at the two:

So, today, instead of showing you a motivational video, we urge you to check out Texts from Bennett.  It’s a hilarious website that will be sure to get you laughing and ready for tomorrow’s game against those pesky camels.