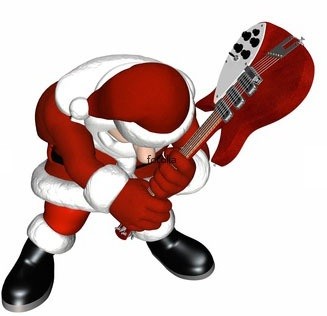 To fill the void of posts from now until the bowl game, we have decided to count down the top 21 Christmas/Holiday songs out there.   And just because we’re so awesome (and expect a good bit of banter in the comments) we’re not only going for songs, but the specific version of the songs.  Boo yah.  That just happened.  #17, after the jump.

This song is what was so great about the early part of last century.  Everyone in white America thought they could get away with crossing over to other cultures’ traditions and pull it off.  But they couldn’t.  Granted this is a good song, but to hear Bing Crosby sing about pacific islanders Christmas’ (which native Hawaiianers did not celebrate) was oh so white and kinda wrong.  I’d like to hear the guy who does over the rainbow on the ukulele give this one a go around.  Or is this song really just way too white?

Final thought:  Did anyone ever double check the translation on this one?  Is Mele Kalikimaka REALLY Hawaii’s way of saying Merry Christmas to you?  I don’t know if I really trust Crosby’s translator.  Can we get a ruling on this one?